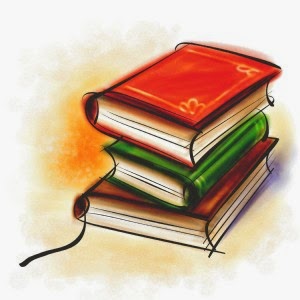 I'll share a little secret with you: I don't particularly love to read. But I love to learn. Amazingly enough, the two often coincide. Therefore, I love to read. I am a very slow reader so sometimes it takes me a while to catch up but I keep plugging away at it and I'm better off for it because I do learn a lot.

That being said, I'm always astonished how few people are interested in reading about the topics of self defense. Some may follow the occasional blog or visit forums wherein reading is presumably necessary but from time to time it's made very clear that even those are not actually read to be digested before they are commented on.

Worse still is the idea that reading is unnecessary to the understanding of the principles of self defense.

I've seen many a comment to self defense book recommendations that go a lot like the Snotlout quote from How To Train Your Dragon:

"Why read words when you can just kill the stuff the words tell you stuff about?"

There is a certain sort of logic to that but it's also pretty naive. I may set people up for assuming too much or too little in any given encounter and in every aspect no less.

A Mindset Aspect:
Mindset is pretty driven into people who carry guns these days. But there are still a lot of people out there who carry guns who ".. don't want to hurt anyone." They will just, "shoot someone in the leg." They have no concept of awareness, avoidance and they can't recognize a dangerous situation unfolding until it's already gone past the point of no return. Yes, you can get this information from classes but a lot of it comes from sitting down and digesting the written material of those who've already been there.


An Equipment Aspect:
Many people base their carry setup choices based upon the recommendations of those they know ("My friend, who is a cop, told me I should get..."), feelings ("I got this one because it has pink handles"), cost ("It was between this one and that one but this was cheaper") and assumed reputation ("The military carried the 1911 for 70 years (with an empty chamber, no less). If it was good enough for them, it's good enough for me.")


So much has been written about what makes a good, civilian fighting/carry setup it's impossible to list all of the resources. Despite that fact, many people still skip absorbing the seasoned advice of people who've been there and done it in favor of pink handles and cheap accessories.

Why read? So you don't end up with crap.

A Tactical Aspect:
You may not have $500 to go to the class you want, but you can afford a $15 book on the principles of carry or gunfighting. You may not be able to sit under an instructor who will demo for you the ways to utilize cover, set up your equipment, think about how you walk down the street, clear a room, etc. But you can get the basic gist from a good book or two on the subject.

One of the best students I've ever had came directly to our intermediate class and had never taken a firearms class in his life. All he'd ever done was read, test what he read at the range, watch a few videos online and take what he learned to heart. He was a FINE shooter and had a great rudimentary grasp of everything we were trying to teach. With a few tweaks he was flying and started competing in IDPA the next day.

A Performance Aspect:
What will your bullets do? What won't they do? How far will it travel if you miss? What is cover? What is concealment? What is the penetration of your particular caliber choice in your particular gun? What about your target? What are the best areas to target?

What about your body? How does it work with things like adrenaline? How can you expect to reasonably perform under that kind of stress?

Guess what... There are books about that.

A Potential Threat Assessment Aspect:
So, you don't think you need to know how a criminal thinks or works but when some guy comes up to you and compliments your shoes you have absolutely no concept as to whether or not this is just a nice guy paying you a compliment or a predator using charm as a way to get close enough to victimize you. You have nothing to do but wait until the situation escalates or attempt some sort of immediate shut down.

Why read? Because being able to distinguish between the types of criminals and how they operate can tell you how you might be able to assess them and even be deselected or deescalate the situation.

Why is that important? Because it's always better to deescalate than let it progress to a fight and how you deescalate a situation with one type of criminal is different from how you may deescalate from another.

An Emotional/Psychological Aspect:
So you had your day. You shot someone. There are people out there who are unaffected by this. But a lot of people go through a whole gambit of emotional and psychological stages. Knowing about and/or being prepared for them can help one process and heal. And there are lots of good books on the subject.

A Legal Aspect:
It still astounds me how many people don't care to read about self defense law in general or in their own state.

"I was in fear for my life," is not the begin-all and end-all of your defense.

You do need to know when it's legal to engage and (sometimes more importantly) when it's necessary to disengage. You do need to have a sense of the law so that you can articulate why you were justified in doing what you did.

You do that by reading. If you don't have your state statutes bookmarked on your internet browser yet, what are you waiting for? Get reading!

And I'm just scratching the surface. There are so many more subtopics and theories and principles laid out by great minds worth exploring.

If you're serious about it, you should be reading about it.

Want a good place to start? Greg Ellifritz's "Recommended Reading" link on his website and all of his "free book" links.