There's an old saying in the gun training industry that says, "If all you carry is a hammer, everything looks like a nail." The implication being that if your only option for self defense is a gun you will start to see shooting solutions to no-shoot problems. 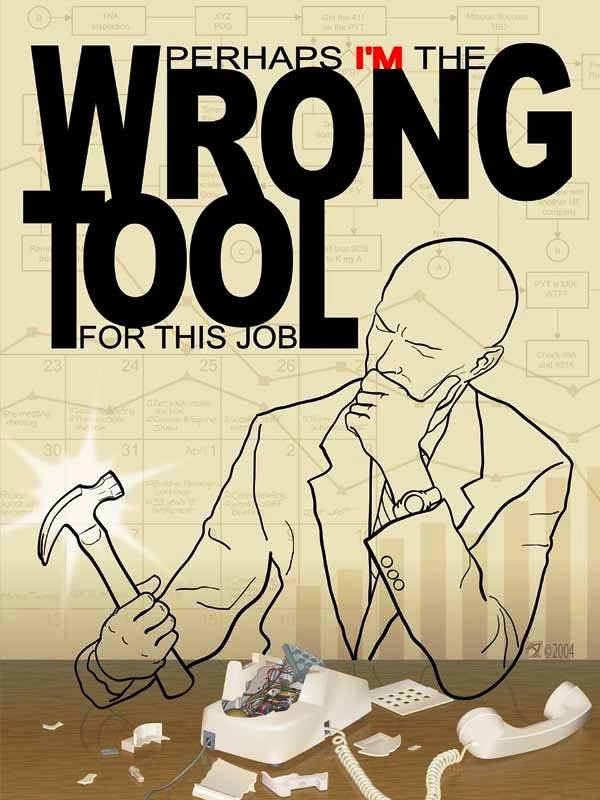 When I started out on my self-defense journey I had no clear idea of what a lethal force situation looked like. Yeah, I could make an educated guess that someone who was raping me or stabbing or shooting me was probably worth shooting but when we got into discussions of disparity of force and the legalities of using lethal force against someone or multiple someones who were unarmed I was a bit confused. As it was better explained to me I was actually surprised that lethal force may be used in many "weaponless" or bare-handed situations.

One could argue whether or not anyone gets a true grasp of all the dynamics involved in a true lethal force situation. I continue to study it regularly but don't claim to have any mastery of the topic. There are those who seem to understand it better than others but for the most part we all can grasp the general principles of deadly force and how that relates to reasonable suspicion of death or great bodily harm.

As scenarios are presented to students they start to try to evaluate whether or not lethal force is justified based on those principles and understanding.

All of a sudden, the man getting beaten may have a legitimate claim for use of deadly force if there's a sudden change in disparity of force. The woman being chased; the big, burly guy getting cornered by two other big, burly guys; the older man with a cane getting robbed by the younger, stronger man; the untrained civilian being decimated by the boxing champion all might find themselves in real and dangerous lethal force scenarios.

Over the last weekend I attended the Rangemaster Tactical Conference. I was set to swim through a veritable sea of the most relevant and up-to-date information one can hope to obtain in the training, shooting and self defense industry. I also had the unique privilege to talk to and sit under some of the top names in the business. These people have dedicated their lives to training, self defense, the legalities and psychology surrounding it and have the experience, skill and expertise to not only have an opinion but to pass on their vast knowledge to the rest of us.

A reoccurring theme that popped up in discussion with many of these instructors was the fact that people are identifying way too many nails. They are practically obsessed with nails.

These people aren't emphasizing or practicing deselection techniques (if they are aware they exist). They aren't practicing good avoidance. They know nothing or seek out almost no knowledge on deescalation, social and verbal dynamics of dealing with potentially dangerous people and have no (or do not seek out) hand-to-hand or less-than-lethal skills and options. They know nothing about articulation and the actual legalities surrounding defensive shootings (outside of the basics) or the true cost of what the lack of all of those things might mean.

But by-golly you will find them at the range practicing their draw-stroke every Saturday. They are training at every known shooting school they can attend and the top competitors in pistol matches. They can do a sub-second magazine reloads one-handed. They will practice that 10 yard head-shot on that hostage target until they can't miss. They will argue until they are blue in the face about how justified they were at using their hammer in any number of self-defense situations and are top commentators on seven different pistol forums and facebook discussion groups.

I used to think it wasn't bad or that maybe I was missing something. I used to think that most people, given other options, would choose wisely. When someone would ask me to chime in on a self-defense scenario, I'd read all the "just shoot him" comments and cringe. Another would send me an article about this questionable "self-defense" shooting or that one or another or another and I would wonder what made those individuals think the gun was the best option.

I thought that this was was the fringe element. Surely, most of us can see a nail as needing a hammer and a screw as needing a screwdriver, right (not to mention identifying a flat-head from a phillips)?

Then I saw the results from Craig Douglas' force-on-force (FOF) scenario. I didn't even participate and the information frightened me. The scenario had a no-shoot solution and yet a gun was fired 10 out of 12 times and it was reported to me that those results were "about average." I've been in FOF scenarios before and understand how difficult they can be to think through. And the reason we do FOF is to construct a safe place to make mistakes. I can't say I would have fared any better. But if you aren't at least concerned by this data than I'm even more worried.

Later I visited a self-defense focused facebook page and commented on a scenario taken from a surveillance video of an altercation between one man and other that resulted in the first being hit a number of times (he never lost consciousness, they exchanged a few words throughout the course of the fight and both individuals eventually walked away). I said didn't think the scenario as it was warranted lethal force. I could have been wrong, I'm okay with that. But I was told my "attitude was what is wrong with society."

Over and over again in self-defense related discussions it is becoming more and more acceptable to proclaim lethal force as an only, early or at least earlier option. And those who are standing up to say it's not are being accused as fools.

After reading those results of the FOF scenario and seeing the trend in discussion groups I started  talking to other instructors about the importance of FOF training. I wondered if it might be time to start training people to identify no-shoot scenarios instead of having them identify shoot scenarios.

One of the responses I got was, "That sounds about right. Otherwise we are training them to look for the nail."

That statement had a huge impact on me as both a civilian carrying a gun and as an instructor teaching individuals to use a gun. Have I been trained to look for nails? Have I been training people to look for nails? Given certain scenarios am I able to identify other options quick enough to avoid having to go to the gun? Do I have the skill to use those other options effectively? Am I communicating to my students the importance--no, the NECESSITY--of having other options besides the gun?

But they should also be able to identify when it is not needed.

As my Krav instructor once said, "The hard part isn't teaching people how to turn the aggression on. It's teaching them how to turn if off."

Yes, we need to teach people and/or learn to identify those nails. But after that it might be time to start learning how to identify screws and wires, paint and thread and the appropriate tools for those jobs.

Maybe instead of constructing all of our FOF scenarios to have gun solutions, we should be constructing far more of them to have no-shoot solutions.

Instead of lauding good shoot news articles on our facebook pages we should be praising scenarios that ended with no shots fired or less-than-lethal force.

Maybe as students of self-defense we should put more time into seeking out no-shoot solutions instead of concentrating so much on the shooting part.

The gun is a good tool. It's the best option in many encounters. But it's just a gun. It's not the only option, nor should it be.

Be able to identify a nail for what it is. But stop looking for them.